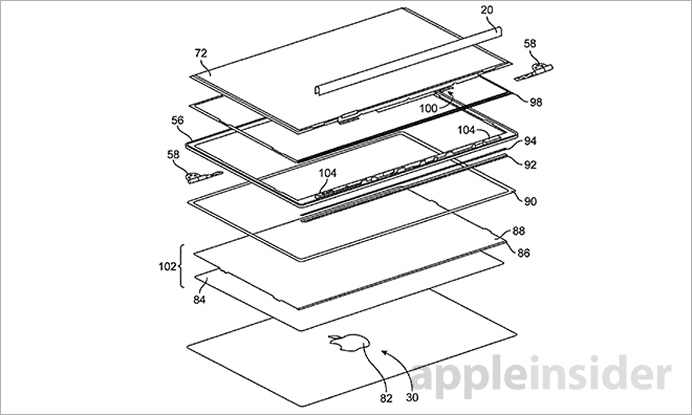 A new patent was granted to Apple by the US Patent and Trademark Office on Tuesday that indicates the company might offer MacBooks in the future with a built in solar charger. The 31 page patent document named ‘Electronic device display module’ intricately explains two-sided display for the lid of a portable computer similar to MacBook. The rear side of the lid would be made of electrochromic glass, or smart glass, as indicated in the patent which will be able to alter its opacity. The construction of the lid will have several different layers of the glass that could each have their own elements. What it means is different layers might display separate information such as the Apple logo, touch-sensitive controls and more.

A pattern of photovoltaic cells would be located under the rear part of the lid that will help charge the notebook. The front end of the lid will house the usual display screen. As per Apple, the photovoltaic cells will be capable of producing from 100 milliwatts to 1 watt ‘or even more’ of electrical energy to charge the laptop’s battery or power the computer while it is in use.