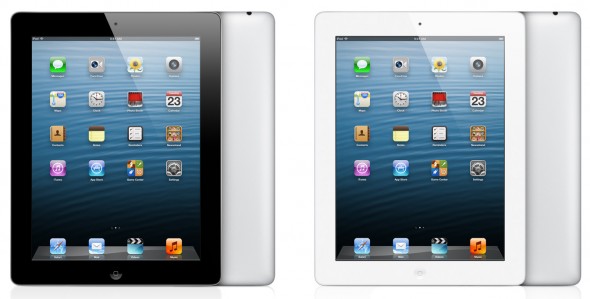 There is word around that Apple may be extending their iPad line with a new release, sometime soon. This will be an extension of the Retina Display-enabled line of fourth-generation devices. Rumors add spice with a promise of black and white versions, available in cellular and Wi-Fi only versions and will be a more premium SKU to join the existing line of tablets. This time round, we can expect a 128GB version, if rumors are to be believed, delivered with 10-pack deals.


This is an exciting prospect since the iOS 6.1 platform is nearing its release as well. Apple refers to the Wi-Fi only version as P101 and the Cellular one as P103. Not calls on when the device may be available though and what the bulk pricing is likely to seem like.