Finally after almost 6 long years the iOS has been given a thorough redesign. Amid speculations of a flatter, simpler or even black and white interface Apple has launched its latest flagship mobile OS. Gone are the old skeuomorphic 3D design attributes which anyone will instantly relate with the legendary Steve Jobs and welcome Sir Jony Ive’s bold and radical new design. Absolutely nothing has been spared and the new iOS 7 has received a complete visual overhaul. It looks crisp, it looks bright and nothing like what the speculation tipped us it would be. The clamours of discontent for the old design have been silenced with a masterpiece. 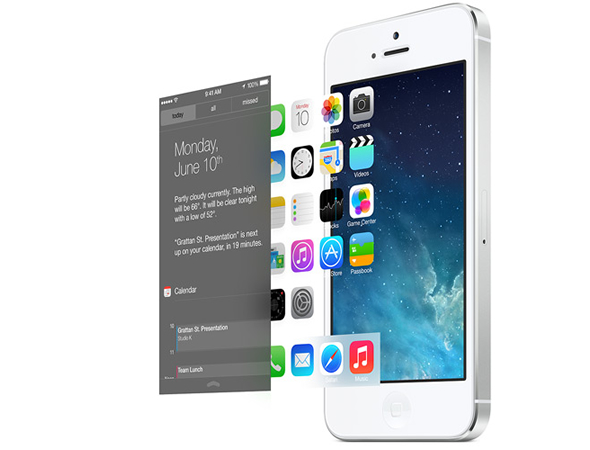 Design
The overall look and feel of the UI has been completely changed, changes have been brought across the board but Apple has managed to achieve it without altering its core functionalities. The old skeuomorphic icons have been replaced by flatter yet impressive graphics. Everything has been given a proper translucent effect which is very fluid. The old slide to unlock screen, fonts, background colour and the network signal indicator all have given way for a more elegant new design. A sense of 3D depth has been given to the home screen, the wallpaper looks to appear at a distance from the icons. Screen to screen the graphics flow smoothly and everything looks absolutely brilliant. 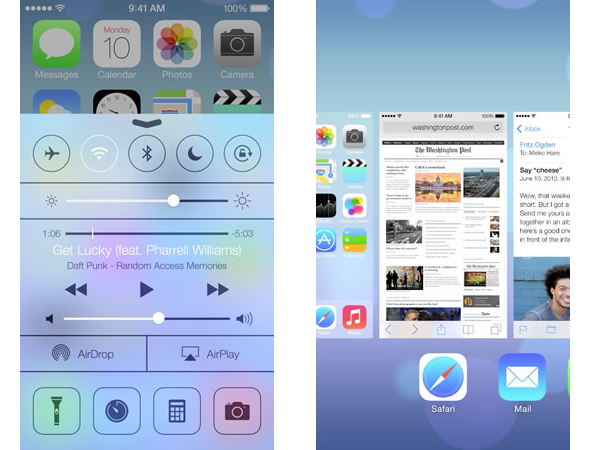 Control Centre and Multitasking
Finally iOS gets a control centre with the setting toggles which can be accessed as a pull up tray. It has a translucent frost glass like look and takes on the environment it’s sitting on. Adjustments that can be made include brightness, volume, and other settings including Wifi, Airplane mode, rotation lock and Bluetooth. The Control Center even offers a flashlight, along with tabs for music, camera, and other quick-access apps. The Multitasking mode can be entered by double tapping the home button and it provides live view. The whole UI is revamped and Apple promises better battery consumption. 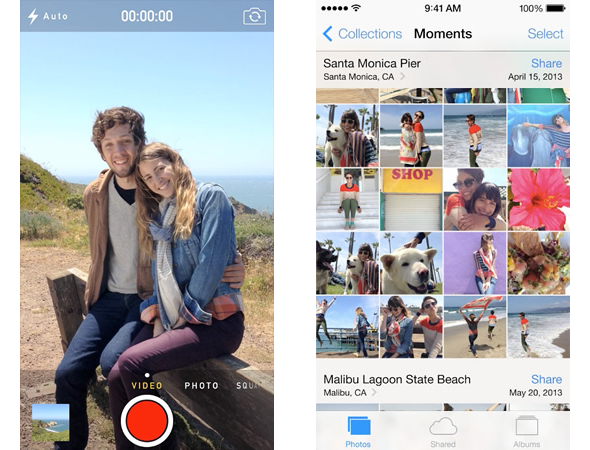 Camera and photos app
With the camera app the user can now swipe between all the different shooting modes such as panorama, still, video and square to minimize the effort on tweaking the settings. Apple has also added different filters to the app. With the Photos app, the photo gallery gets its first update since it was introduced. Pictures can be searched based on date and location within the photos app, and can be shared via AirDrop, iCloud photo-sharing, as well as shared Photo Stream. 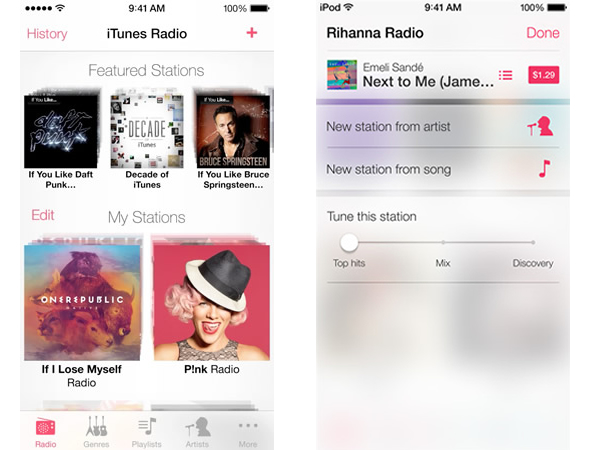 iTunes Radio
Music apps and services are plenty in the market and the competition is getting fierce. The iTunes radio has been the most talked about feature pre-launch and there are no surprises stored. The user can see the full list of songs on each station and with purchase and preview buttons in the iTunes store. iTunes Match users will get the service ad-free but others will be able to use the app for free with a few audio and text ads. 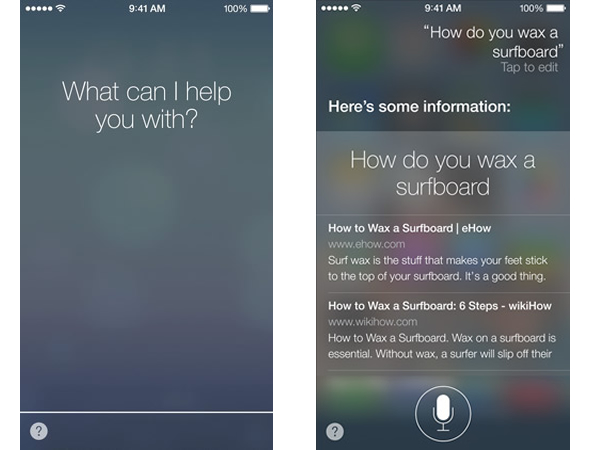 Siri
Not only the UI has been upgraded but Siri has got a new voice to it! It’s even got a male voice. The soundwave animation appears at the bottom of the screen and the app looks more elegant. Though the search results still are a tad slow but can perform actions like tinker with the phone’s settings, play a past voice mail, turn on Bluetooth, and increase the brightness settings. Siri’s language support has also been improved and it includes languages like French and German. 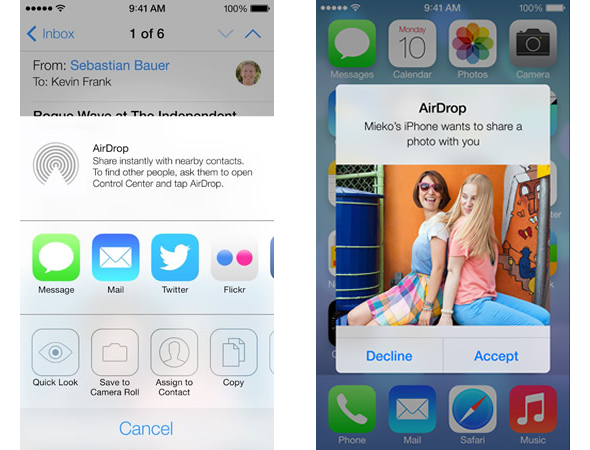 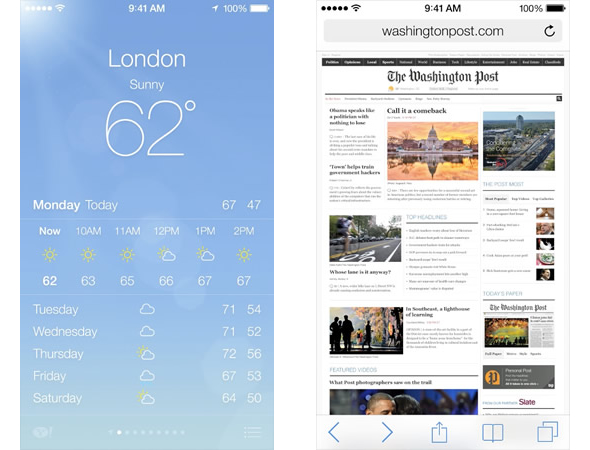 Weather App, Safari browser and Automatic updates
Revamped weather app looks much smarter and shows dynamic weather animations onscreen the user can pinch for all-city overview. The Safari browser now opens straight in the full screen and the search bar has to be pulled down from the top. The tabs come with a new interface which is a vertical scrolling vertical carousel with no limits on the number of tabs opened. The iOS 7 will now receive automatic updates so forget all the unnecessary notifications and it will be a huge timesaver.

If all these features have got you drooling, there’s a bad news. Currently it’s only available for the registered app developers. There is no precise date of release but it’ll be released by this fall. With iOS7 there’s a huge shift towards modern and classier looking UI, we sure give the graphical interface a double thumbs up but would have liked Apple to introduce a few more features.

[Via – Gsmarena and Techcrunch and Cnet]