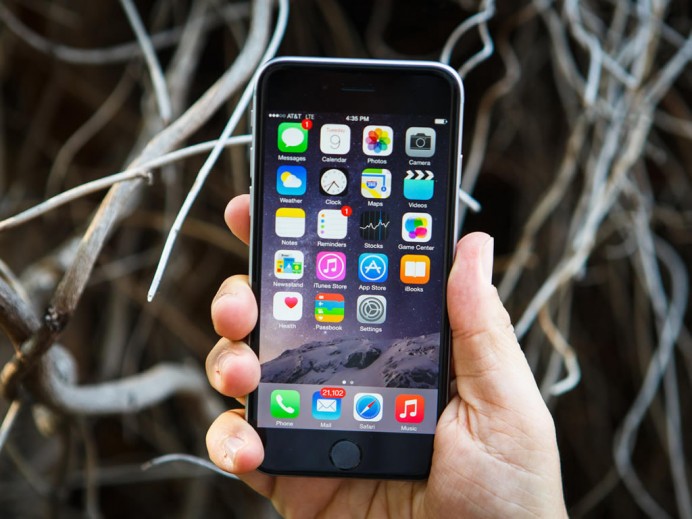 Apple in yet another legal battle over ‘iPhone’ branding, this time an Indian company takes on the tech giant

Apple is pretty much the biggest company in the world, perhaps second to none, that’s just the way I see it. I mean we’re talking about a company who seems to have ‘billions’ laying around that they don’t even know what to do with. So naturally, with a face that big and an income so vast, there are going to be people out there just waiting to slide the rug out from under you. Sometimes it’s justified, but that’s for the law to decide. Samsung and Apple have been at it for years and these are giants in the field so things can get pretty ugly. What’s worse though is when you have an “underdog” who feels wronged and brings on the legal battle.

Take for example a little known company called iVoice Enterprises. Ever hear of it? Probably not, but you will. The Indian based company has apparently been locked in battle with the California based tech giant over the iPhone; not because it has anything to do with stolen blueprints or copy cat designs or something so ‘mundane’. It seems iVoice had plans to release a budget smartphone with the name ‘iFon’ and you can probably get the gist of what happened from there. Currently the company is working with a rectification petition earlier filed with the Intellectual Property Appellate Board (IPAB) in Chennai, India, to have Apple’s trademark on their beloved iPhone, removed from the Indian Trademark Registry. There should be a ruling around October. The latest is in the form of a press statement form iVoice that states that the Indian company is currently expanding its IPR lawsuit and intends to oppose Apple’s pending Trademark applications including one for an ‘iPhone with Apple Logo.’

According to VP Balaji, iVoice’s managing director, the Cupertino tech company caused “irrevocable losses” to the Indian company while they were ramping up their operations way back in 2008/2009, with the launch of the Apple iPhone. According to one report Balaji stated – “Given the rejuvenated Indian economy, we’re on our way to revamp our business model and one key metric to regain investor confidence is to secure unencumbered rights to our ‘iFon’ intellectual property in India. As of February 2015, we’ve challenged all of Apple’s registered/pending ‘iPhone’ trademarks before IPAB and TMR in India.”

To ensure that the company (and the world) takes them very seriously, Venkateshwaran Vaiyapuri, the Operations Director for iVoice, said that the company has “challenged Apple’s attempt for potential proprietary claim for ‘iPhone’ in India.” They want Apple to know that they mean business and they take intellectual property rights matters extremely seriously.

Back in 2013 a Brazilian judge passed a verdict in Apple’s favour against a local company – IGB Electronica – who had early won the right to use the iPhone name in the country. So it’s not the first time that a locally based company has challenged the big tech goliath with lawsuits surrounding the iPhone brand name. Of course Apple hasn’t won them all either, in 2012, they had to settle a dispute against Shenzhen Proview Technology, from China, with regards to the use of the iPad trademark. The US Company had to shell out a whopping $60 million to settle the legal dispute.

On one hand it seems too easy for a company to simply add an ‘i’ before a term and challenge the world’s most valuable company for a piece if the pie in their region. That being said, even the little guys need a fighting chance.

Apple is a household name and will need to come off as a sincere company to prove to the world that they’re not some big bully because of their size and the kind of clout they carry. However, laws need to be obeyed and even the “underdogs” need to understand this or it could be detrimental to their own market share, after all, one doesn’t want to come off looking like a they’re picking a fight and just hoping for a settlement either. In the end we have to trust that the law will be upheld justly and the right verdict will be delivered.