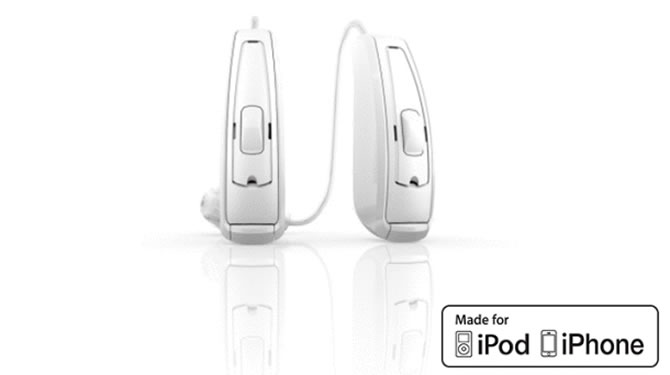 In an effort to reach out to a vaster audience including those with hearing problems, Apple is collaborating with GN ReSound to introduce a hearing aid that’s designed specifically for Apple’s uber popular iPhone. The device that’s being called LiNX uses wireless technology that’s not unlike Bluetooth to stream audio from the phone to the aid. This device could very well be the tiniest wireless device the Danish company has constructed so far.

LiNX seems like a rather interesting idea especially for those that find it a little awkward physically or socially to wear standard hearing-aids. One report quoted CEO Lars Viksmoen, GN ReSound’s CEO as saying that LiNX is just another product that underlines their core strengths of bringing breakthrough innovations to the hearing impaired and making them consumers with choices rather than patients with challenges. Quite well put if you ask me. The LiNX system will communicate directly with the iPhone using 2.4GHz wireless technology which is great as it will help conserve battery strength. The system has been compared to how tracker device interact with smartphones.