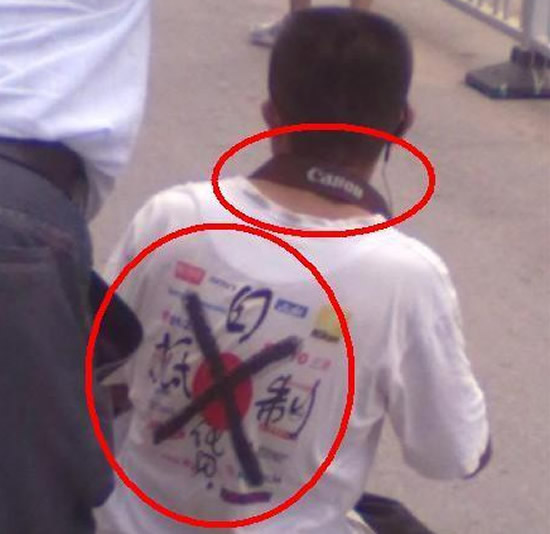 The Chinese have recently taken to boycotting Japanese goods following a raging dispute involving a bunch of islands. So, as all protests go, the Chinese have taken to the streets, shouting slogans and waving banners in an attempt to squeeze the nation of all Japanese products. Recently, we spotted a picture of this seemingly ignorant Chinese protester wearing a Tshirt screaming out aloud the cause of the protest, complete with a large “X” painted over logos of various Japanese multinationals. What our protesting hero fails to realize however is the fact that the jolly good camera he’s using to click his fellow protesters, is Japanese. With a Canon strapped around his neck, this Chinese protestor was seen clicking pictures of the ongoing protests and has left a better part of the internet sniggering at his blatant ignorance!