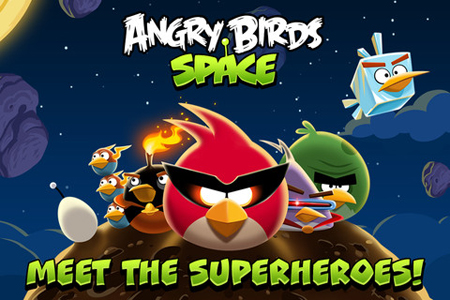 Little must Rovio have imagined that starting a typical catapult game that had birds instead of rocks would go on to become the most phenomenal mobile game of all time. But it happened. And so Rovio invested in improving the realism of their games with the Angry Birds Space version that had experiments conducted, in low gravity fields. This seems to have been accepted anyway and turned into a raging success in just three days.

Available in free and paid versions and across gaming platforms, the Space version just hit 10 million downloads in a breeze. This beat the Rio version that took 10 days to cross the mark.
PC World