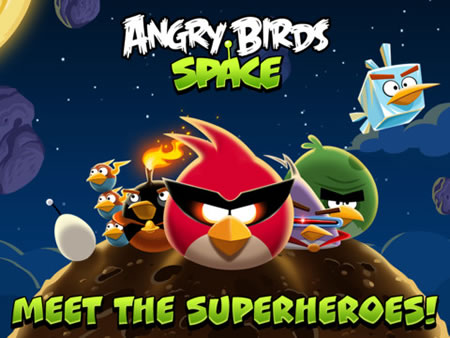 Just like Rovio promised a month ago, the much-awaited Angry Bird Space is finally out. In this version, bird-flinging smartphone and tablet game will see the eponymous birds shift into space, with sixty levels spread across both planets and in zero-gravity situations. Besides the addition of an interesting twist to the existing style of gameplay, the developers have also put trick-shots using different gravity pulls, among other things.

Then are new birds and new superpowers along with hidden bonus levels like an anti-cyberbullying level – and new in-app purchase content. That will have as much as 30 extra levels as part of the DANGER ZONE pack which is hailed to be the most difficult levels ever. For now, it’s presently available on iTunes for iPhone, iPod touch and iPad at a price of $0.99 whereas there is an HD flavor for iPad alone at $2.99. The Android version is also available and just like its previous versions, it’s free with advertisements.
[Slashgear]