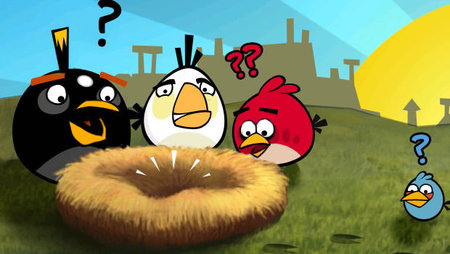 In the gaming business, you know you’ve arrived when you’re being compared to the legendry Mario Bros. Not that we doubted Angry Birds with its 100 million downloads, but sources at mobile developer Sourcebits have confirmed that the game is big enough to be viewed as the Super Mario of a new generation. “If you look at the market cap for easy-to-play casual games vs. the market cap for epic first person shooter type games, you’ll quickly understand the importance of Angry Birds,” said sales VP Dan Gonzalez.” Gaming has clearly gone leaps and bounds even with the Bros. making advancements, the latest release being the Nintendo 3DS set to in June.

Given the popularity of smart phones and tablets, with their touch-screen interface, casual gamers are definitely way ahead in numbers; however to compare mobile gaming with traditional gaming definitely seems overstated. What do you think?
[Destructoid]