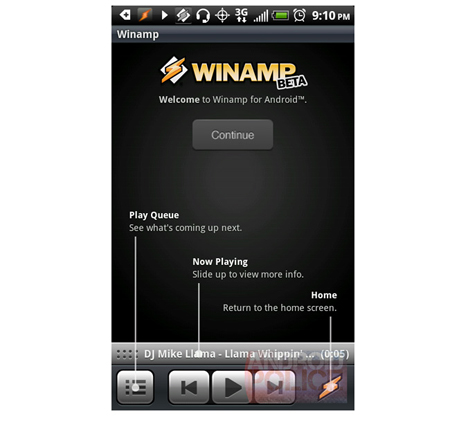 There’s no doubt of all the awesome Apps you’re blessed with, as soon as you begin to own an Android phone. It just got better for media hogs, with the Winamp App for Android phones getting past the graduation stage of being a Beta. The beta version itself lead to almost half a million downloads. A great feature of this App is its capability to sync your device wirelessly with a computer’s music library.

The Winamp Android App also supports scrobbles from Last.fm and can be controlled from a widget.
Gizmodo