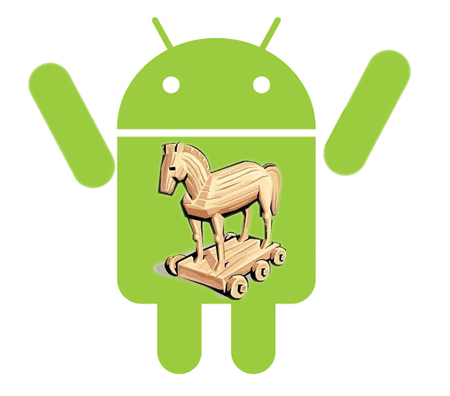 It’s a bit of bad news for the Android community as the virus are seeping their way into the little green robots functions. The latest report is straight out of Kaspersky Labs who have announced that the first malicious program, a Trojan-SMS has been detected for smartphones running on the Android OS. The Trojan-SMS.AndroidOS.FakePlayer.a, has already infected a number of mobile devices. Disguised as a media player application the Trojan is actually malicious program that, if installed, will start sending SMSs to premium rate numbers without you even knowing resulting in your money passing from a your account into that of the cybercriminals.

Kaspersky Lab has recommends that you pay close attention to the services that an application requests access to when your installing it. That includes access to premium rate services that charge to send SMSs and make calls. When you agree to these functions during the installation of an application, the smartphone may then be able to make calls and send SMSs without further authorization. The signature for Trojan-SMS.AndroidOS.FakePlayer.a has already been added to Kaspersky Lab’s antivirus databases.
Kaspersky Lab