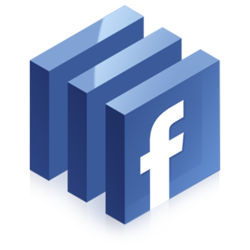 The tensions in Egypt have eased with the victory of ‘freedom’ over the impending leadership that the people didn’t favor. Of course, the blocking of social media websites led to a huge turmoil as those venting out their peaceful protests online were barred from that last resort of non-violence. To honor the power of freedom, the world of social networking and the website that unites 500 million people across the globe, an Egyptian couple has named their baby girl ‘Facebook’. Egypt constitutes to 1% of all Facebook users according to one report and that’s no less than a whopping 5 million people.

Well, what’s so surprising? This social network has more followers than what any of the world’s religions did on their initiations. 500 million is a continent’s population mate!
Fox News