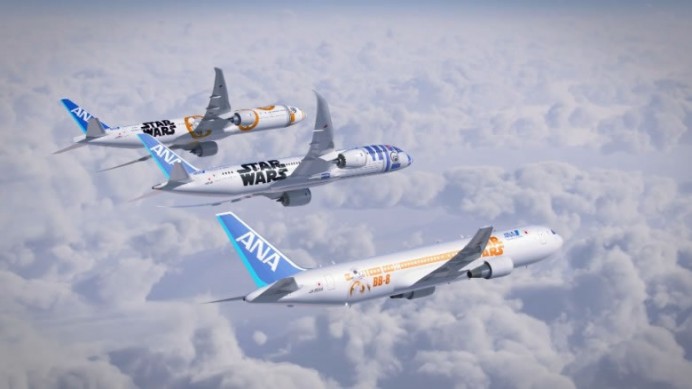 Japan’s ANA airlines has always stressed on their inclination towards the geek side of life. The company recently covered their Star Wars fan base by introducing a giant R2-D2 in the sky. Their recent adventure into the geek space has inspired the creation of Star Wars: The Force Awakens-themed aircrafts, complete with BB-8 droid action! Lucasfilm and Disney surely have the best interests of their fanboys in place with this mega campaign and it’s not going to displease anyone seeing an aircraft hover, overhead, with ‘Star Wars’ sprawled over it.


You can pick which of the many themed creations of ANA suits your palette. If you aren’t really a fanboy but have ventured into the world of Pokemon in the past then you would be pleased to know how swanky and authentic ANA’s Pokemon-themed plane is. They also feature a panda-themed plane, a Gundam-themed one and even a Woody Woodpecker airline. 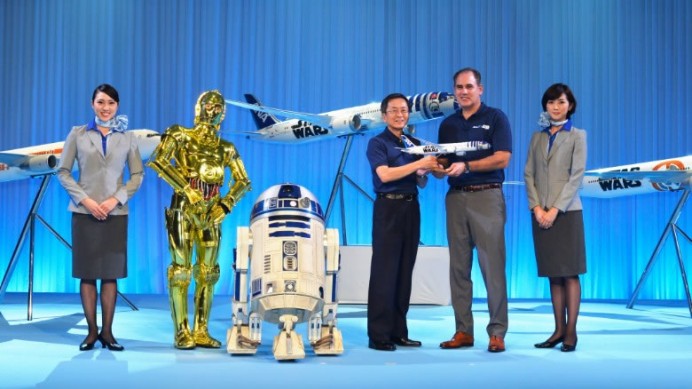