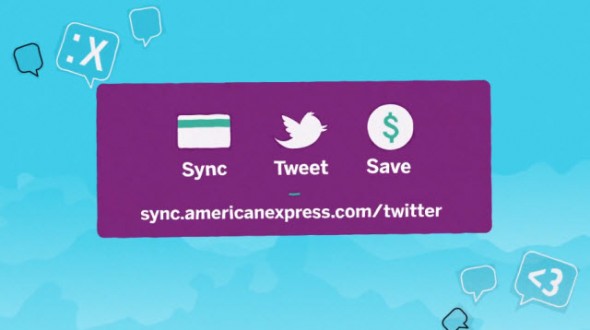 American Express has upped its tech quotient for the many users who avail of its unfailing success. With the new tie-up between the banking giant and micro-blogging giants, Twitter, users will be able to make purchases by simply tweeting. Joel Lunenfeld, VP, Global Brand Strategy for Twitter said, “You can turn a hash tag into more than just a conversation – you can turn it into a trigger that actually can spark commerce.” On syncing their twitter accounts with their Eligible Cards, the card members can use special hash tags to make their purchases and wait for verification from Amex. A verification code will be sent to them to confirm their purchase, verifying which, the purchase will be made!


The deal is sweetened in its initial phase with discounts from American Express, Amazon, Sony, Urban Zen and Xbox. We can expect to see a complete catalog of products to be released by Wednesday.