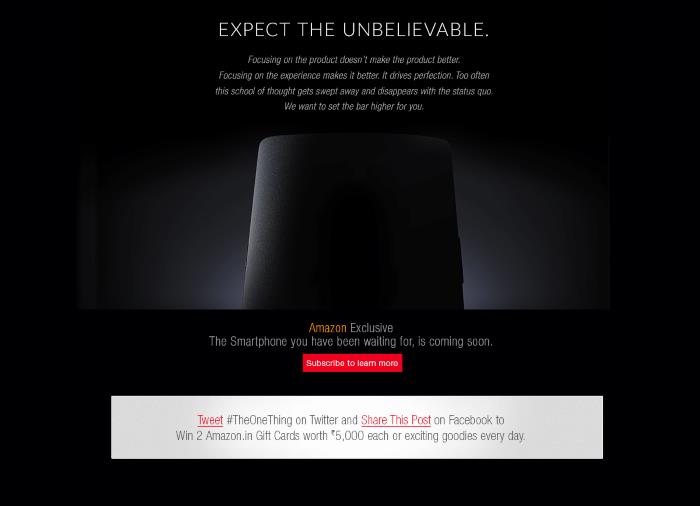 Amazon’s OnePlus one handset to debut exclusively in India

OnePlus One has seen its launch all over the world and has got fantabulous response. Soon it will be released in India but exclusively on Amazon India website through an invite system for those who are interested in the handset. Well, looking at the specs of the smartphone, who won’t be! There are smartphones which have very fast processors, and best of the best GPUs and RAM. But, they do not have the battery to support all the action the smartphone gives. The One from OnePlus is at par in this with all the other leading smartphones with a battery capacity of 3,100 mAh for half the price; it will cost you just Rs. 25,000. Other features are also quite good; One has a 5.5 inch display with a resolution of 1980 × 1080 pixels and runs on Android 4.4 KitKat with Cyanogenmod. The processor is Snapdragon 805 quad core, the RAM is 2GB and the storage is 16/64 GB. The front camera is 5 MP and the rear is 13 MP. After knowing the specs and the price we sure want to say that this is the One we were waiting for.

A teaser of the sandstone black version of the One smartphone was posted on Amazon India’s website. We have seen the similarly strategy was adopted by Motorola for selling Moto G and Moto X smartphones, these were sold exclusively on Flipkart. We will tell you more details about the launch as soon as we get any. We are sure it will be sold out as soon it is launched.