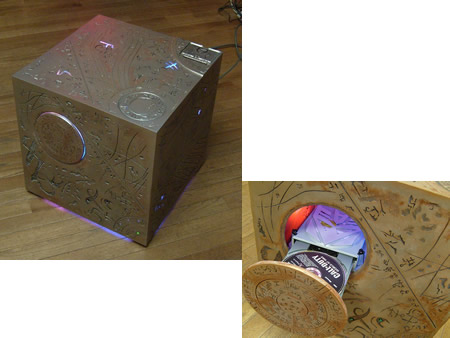 Being a huge Transformers/ Xbox 360 fan I naturally found this very very interesting. It combines two of my favourite things and packages them so well I’m drooling. A Flickr users who goes by the name ‘givintats’ recently posted pictures of his Xbox 360 Mod that seems like it was painstakingly created to resemble the Transformer’s ‘All Spark’ cube from their home plant Cybertron. Just like the All Spark was designed to bring life to inanimate objects this mod has brought new life into the Xbox 360. The creator has etched all the designs and glyphs by hand making it even more appealing and oh so coveted. To make it even more so, it lights up in the dark. Gimme!