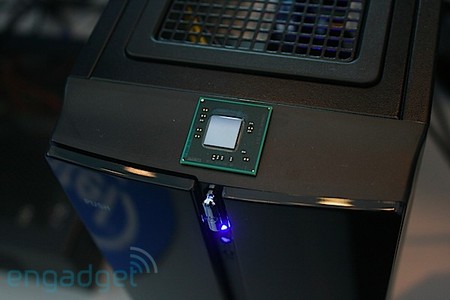 Intel have pushed out some really cool next generation processors in the Pine Trail Atom line. These include the N450, D410 and the D510. Another addition to this list is the NM10 Express chipset. The N450 is mainly targeted at netbooks while the D410 (single core) and the D510 (dual core) are for nettops. The power saving feature is something we can look for ward to. Come CES 2010 we can exp, and we can expect to see over 80 machines that have 45 nanometer chips.

There can be some more improvements and announcements that we can look forward to in the near future. Laptops like the ASUS Eee PC 1005PE (that uses the N450) will soon be outdone.
[Engadget]