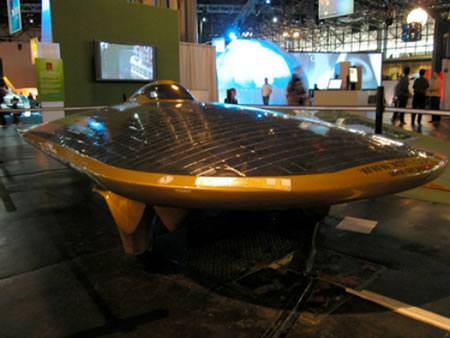 Marcelo da Luz loves the planet and for the past two years he has been driving his solar powered car across the country. When he reached Alaska earlier this week, the admittedly off-the-wall looking car was spotted by a concerned citizen, who dialled 911 to report a UFO sighting. Alaskan police jumped into service and pulled over Marcelo for interrogation. He was not taken to a secret bunker for experimentation as the police did not take the matter any further. Surprisingly, Marcelo has pulled over seven times thanks to this saucer shaped vehicle.
[NPR via Gas2]