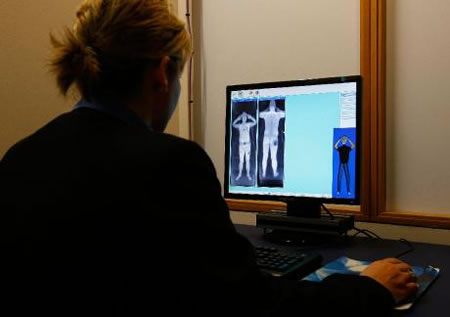 Airport scanners are meant to ensure your and other passengers’ safety, but recent reports are indicating that the levels of radiation emitted by the machines could actually be dangerous to your health. Dr David Brenner, Head of the Centre for Radiological Research at Columbia University, New York has said that radiation levels are up to 20 times stronger than was previously thought, and could therefore be carcinogenic. Dr Brenner went on to say that the risk to individuals is very low, but greater amongst the 1 in 20 people with “genetic mutations”, who are naturally less able to repair damage done to their cells. That’s a pretty significant number of people, no? So, whilst you are thinking about quitting smoking and going to the Tanning Lounge, you may also want to contemplate giving up air travel.

A spokesperson for the Civil Aviation Authority said that the scanners have been approved by the UK’s Department for Transport and undergone risk assessments by the Health Protection Agency.
[Telegraph]