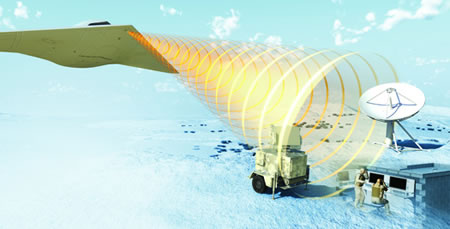 Air Force plans to use Microwave weapons to neutralize opponents

The Air Force has a pretty cool trick up its sleeve to make sure that anyone who they’re up against is left with nothing to fight with. The idea is to simply destroy all kinds of electronic war machinery like satellite dishes, radars, etc, with the help of a Microwave that will be focused on them, thus inducing a power surge in unshielded waves. This microwave would most likely be mounted on an Unmanned Aerial Vehicle (UAV). The biggest challenge would be powering up these Microwave weapons when they are mounted on the small UAVs.