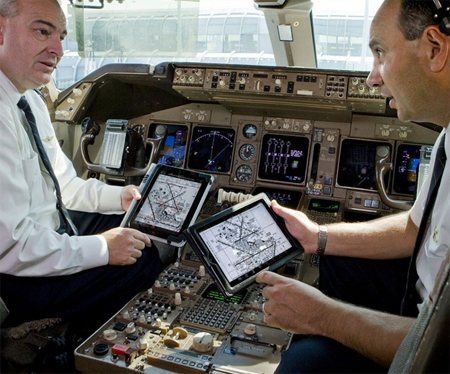 The United States Air Force has drawn inspiration from a bunch commercial airliners and has finally decided to toss out those heavy flight bags. Instead, crews that fly cargo aircrafts will be provided with the iPad 2, with the U.S. Air Force leaving behind practices of using paper-based flight publications to electronic systems. 18,000 iPad 2s will be used for the Air Mobility Command and Maj. Gen. Rick Martin, the director of operations for the Air Mobility Command states that using these Apple devices will help the Department of Defense save up on time and cash.