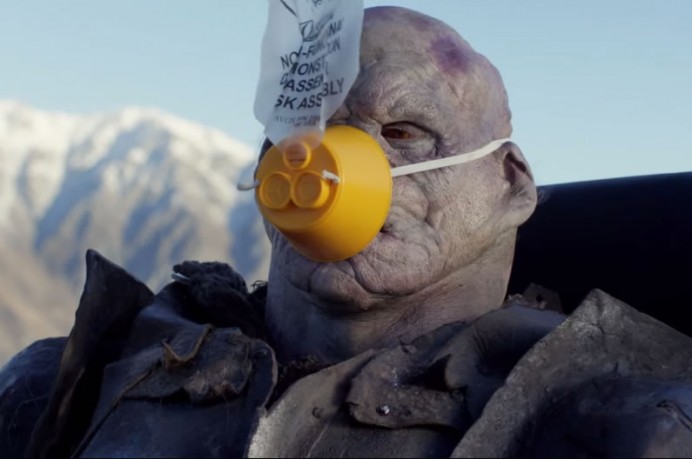 There are some things that make you stop whatever you’re doing and look on in awe, things like a 10 pound burger stuffed with bacon and the world’s most epic flight safety video. Released by Air New Zealand, this one cleverly cashes in on the Hobbit obsession and has been released in time before the final film of the trilogy. The instructional video features Elijah Wood, Peter Jackson, orcs, wizards, a shiny ring and nearly everyone else you’ll spot in Middle Earth. This one also sports cameos by Dean O’Gorman and Sylvester McCoy and was shot in places that hosted the trilogy, including Hamilton and Central Otago.

Special effects and costume studios Weta Workshop and Weta Digital were also roped in to create this one-of-a-kind geek-fantasy flight safety video. This isn’t the first time Air New Zealand has created an over-the-top in-flight instructional video however. Previously, the airline featured Bear Grylls and Snoop Dogg, and yet another Hobbit-infused creation. Rightly so, Air New Zealand has named this video “Most Epic Safety Video Ever Made” and the video has already harvested more than 6 million views. With this, Air New Zealand is going to be welcoming on board nerds by the dozen soon, us included!