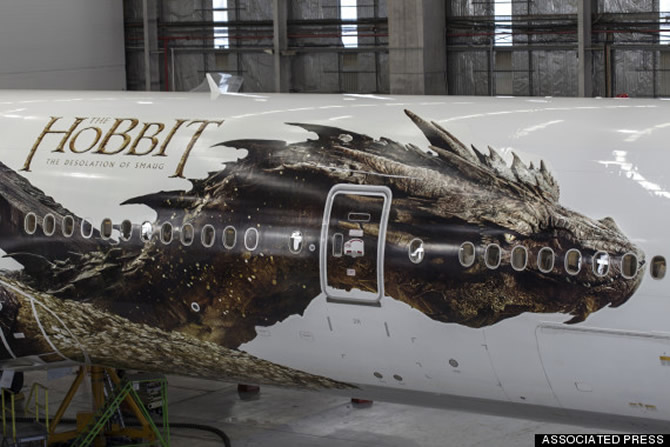 The Hobbit’s sequel is on its way and many seem be in a frenzy of sorts to set their eyes on the wonder of fiction’s most prestigious civilizations. However, few are as big fans of the series as Air New Zealand. The company displayed a 54-meter (177-foot) image of Smaug the dragon on both sides of their Boeing 777-300 aircraft, which is scheduled to fly to Los Angeles corresponding to the premiere of “The Hobbit: The Desolation of Smaug”. This also offers users a first showing of Peter Jackson’s Smaug rendition, in its entire size and glory. New Zealand has played oat to the shoots of many series and epic movies, including Spartacus. This is a surefire means of drawing tourists to visit the fantasy landscapes in all their realness.

The movie will open in theaters in mid-December. The image has been created by special effects studio Weta Digital. The image on the aircraft is likely to stay put for at least another year.