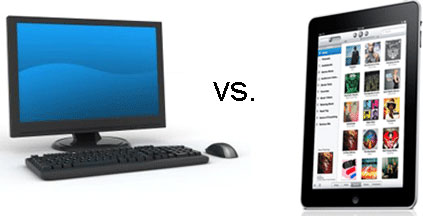 After swapping PCs for iPads, school staff asks for old desktop systems back!

We’ve just got news, sour enough to make Apple cringe. A school recently dumped its old Windows desktop PCs and dished out iPads to its staff, after the headmaster was lured into the move with a scheme. Brought to light by a PC Pro reader, who also happens to be the ICT co-coordinator of the secondary school, the staff quickly began missing their old PCs and has asked for them back, tired of their action packed swanky new iPads. Too used to Microsoft Office and software like PowerPoint and Microsoft Word, the staff simply couldn’t figure their way around the iPad and its host of still-fledgling applications. And that’s not where it ends. As we’ve all heard before, iPads support no storage devices, like thumb-drives, which more often than not work as mules for school staff who carry their work around.