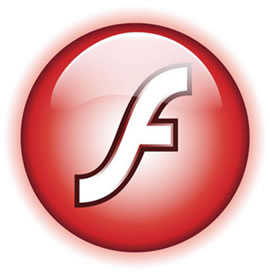 A couple of months ago we had mentioned of the news that Flash was to be integrated into the iPhone, now Adobe has once again come out of the closet and shown signs of a flash player being integrated into the Apple iPhone. Reports suggest that Adobe was working on getting Flash onto the iPhone. Although, the Apple device is a closed platform and Apple holds all the cards. Therefore, it would appear that the Adobe is still in pretty much the same position it has always been in. It may well have a Flash player for the iPhone, but unless Apple gives it the green light, it is not going anywhere, as the App Store is the only channel to market. The absence of Flash on the iPhone has been criticized as one of the device’s main failings. The vast majority of video available on the internet is encoded in Flash, and although Apple struck a deal with YouTube to get the popular video sharing site onto the iPhone, users have still been locked out of a boatload of content. YouTube itself uses Flash, and in order to get onto the iPhone, it had to re-encode all its videos in an iPhone friendly format.

Apple had to face severe criticism from the UK’s advertising watchdog during the summer, after its TV adverts claimed that ‘all’ of the internet is accessible from the iPhone.
Source