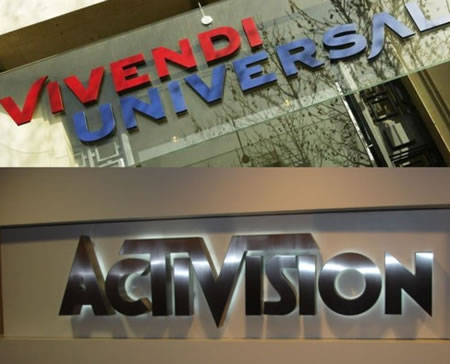 Activision and Blizzard; the video game giants are in a $18bn merger

A coup of sorts is happening with the merger of Activision and Blizzard. The companies behind Call of Duty and World of Warcraft say they will form “the world’s most profitable games business” in a deal worth $18.8bn (£9.15bn). The US-based Activision also has hit titles like Tony Hawk series and Guitar Hero under their belt. Apparently nine million people pay a monthly subscription to play World of Warcraft. In the meanwhile Blizzard (owned by the French media group Vivendi) is the biggest player in online gaming and Warcraft is the global market leader of what are known as massively multi-player online role-playing games, or MMORPGs. Apparently Blizzard will invest $2bn in the new company, while Activision is putting up $1bn. The new company will be christened Activision Blizzard and its chief executive will be Activision’s current CEO Bobby Kotick. Vivendi will be the biggest shareholder in the group.

Jean-Bernard Levy, Vivendi chief executive, said: “This alliance is a major strategic step for Vivendi and is another illustration of our drive to extend our presence in the entertainment sector. By combining Vivendi’s games business with Activision, we are creating a worldwide leader in a high-growth industry.” Blizzard has a stronghold in Asia; its Starcraft series is very popular there. Activision is popular with all the 3 gaming consoles: Microsoft’s Xbox 360, Sony’s PlayStation 3 and the Nintendo Wii, with franchises such as Spider-Man and X-Men.
Source