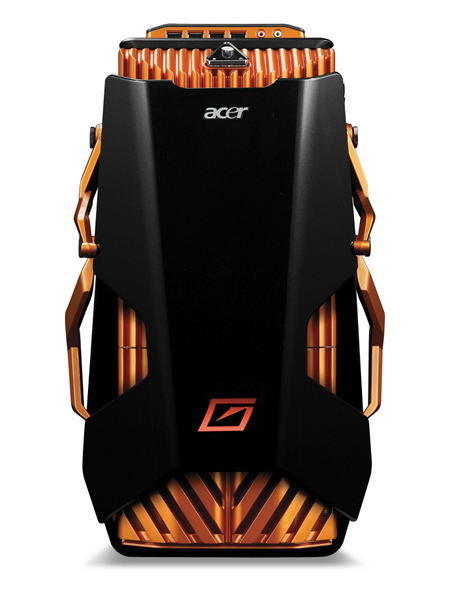 Acer’s updated Predator gaming desktop looks menacing but will it be able to ‘stay cool’?

At just about $2000, Acer has announced their all new updated Predator gaming desktop rig. This baby packs in a 2.8GHz Core i7 930 CPU, 12GB of 1,333MHz DDR3 SDRAM , an Nvidia GeForce GTX 470 graphics card, and support for two additional 3D cards thanks to the extra slots on the motherboard and it’s topped off with a 1.5TB 7,200 rpm hard drive. The design has also undergone a slight alteration, but like the others it still looks quite hardcore. Overheating was an issue with some of the previous models and it’s possible that Acer has perhaps tweaked the new model to curb that problem. For that price they had better have taken care of it.
Cnet