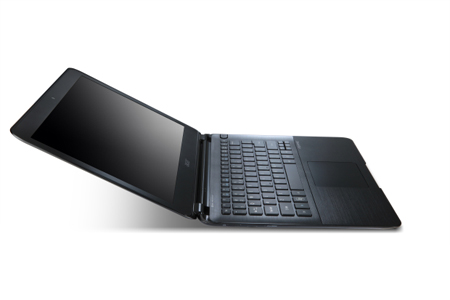 When it comes to slimming down, Acer seems to have pretty much left its peers in the dust, with this brilliant new unveiling at the CES 2012. Called the Aspire S5, this Ultrabook is the world’s thinnest, measuring in at just 15 mm at its thickest point! Weighing less than 3 pounds and sporting a 13.3 inch screen, this super sleek Ultrabook sports an Intel Core processor, SSD for storage, a chiclet keyboard and a battery that supposedly lasts three times longer than that of a common-place notebook. Acer hasn’t spoken much in regards to the specs of this one, with the price still unannounced. Though, we pretty much expect to hear more from Acer in regards to its super-slim brainchild at the ongoing CES 2012 sooner or later.