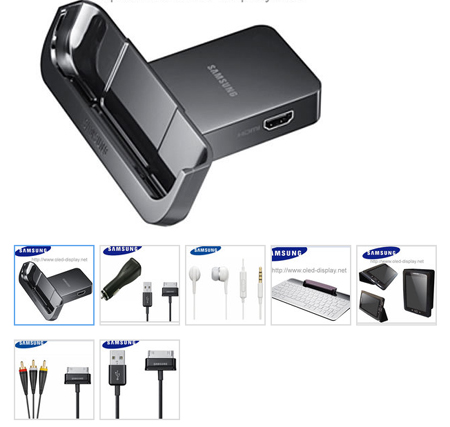 We’ve been looking and overlooking details of the Samsung Galaxy Tab since we’re so sure that it’s going to be the ‘next best thing’. From the secretive videos to the teasers we have seen we could make out just as much about Samsung’s tablet. However, the tablet has some pretty snazzy accessories and details of them have leaked. These include a leather case that doubles as a kick stand, a charging dock, A keyboard dock similar to the one Apple offers for it’s iPad, a USB cable adapter, TV cables, an in-car adapter and black and white earphones.

The 7 inch tablet is likely to make its appearance at IFA, that will commence from 2nd of September onwards.
Source