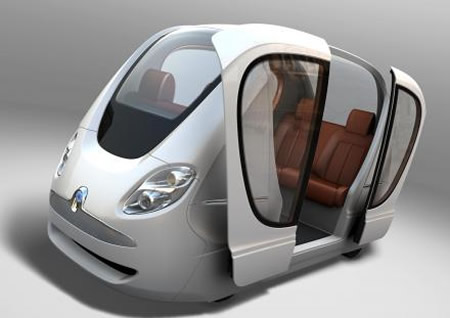 Abu Dhabi city to get driver-less cars, who will they blame for accidents?

One of the most inspiring things about today’s modern science is the concentration on developing more green technology. In the Middle East, a city called Masdar in Abu Dhabi of the UAE is gearing up to be the most eco friendly city there is with focus on technology that will be designed to capture, store and use sunlight, temperature adapting surfaces, geothermal facilities and more. Going completely futuristic is something the guys in that area of the planet seem to do best. But one of the reports talks about a new city commuter service the city is aiming to start with the help of a Dutch company called 2getthere (love that name). Shuttle cabs that drive themselves and run on electricity are to be deployed for residents and workers in the six square kilometre city.

This little cabs will be designed for more than just public transpiration as the city has already ordered a total of 13 some of which will be made for transporting cargo and some for VIPs. The ultimate goal will be about 3,000 of the vehicles serving over 85 stations. In case you’re wondering these nifty vehicles won’t be running on a rail system but will use RFID and magnetic sensors. It has a very Total Recall, 6Th day styling, Governor Arnie must be excited.