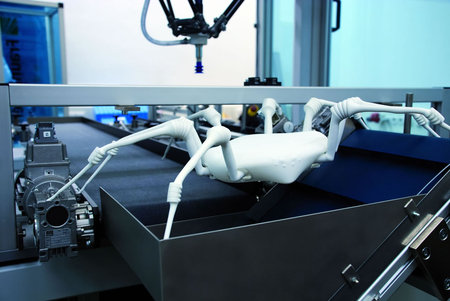 The Franunhofer Institute has to its credit something which touches our lives daily, the MP3 format. The institute has now come up with the ‘Spindle’ a spider like robot which is designed to go into areas dangerous or inaccessible for humans. Armed with a streaming video camera it can be equipped with an array of sensors which can detect anything from dangerous chemicals to radioactive materials. It looks like a spider and walks like a spider too, four of its legs are always in the air. This is one of the first models and the ones in the future will be able to jump as well. Still in its prototype stage its still some time before they go searching for WMD’s.