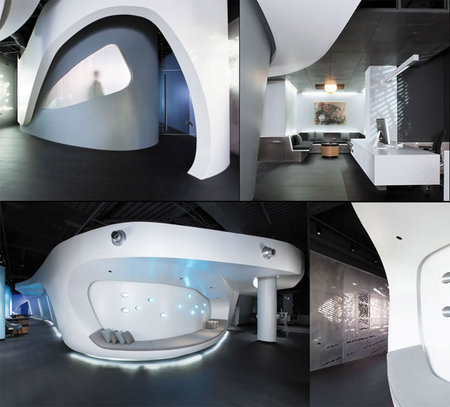 Living the dream of every patron of futuristic interiors, the employees at Moving Picture Co.’s office seem to be making the most of it. Everything inside the office has a space-like touch. One gets the notion of having walked right into the sets of some futuristic movie. The company, also called as MPC, is a UK based organization and is known for its supreme computer animation, color-grading and digital effects for movies and other wonders of the silver screen. From their clientele the most famous names include Slumdog Millionaire and James Bond movies. They are also into commercials.

I would love working at such a place. So what if my job doesn’t involve coordinating with MIB agents. The happiest man is he who can brag about the place he works. Amen.