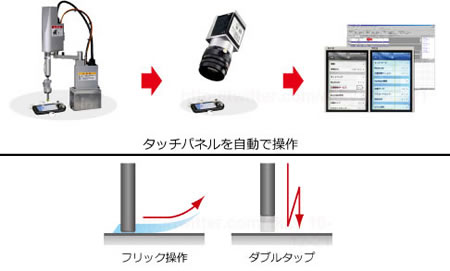 A Robot put to test your iPhone/Android

A robot that click and double-clicks! Quality Commander from Japan novel Corporation is a gadget test automation robot which combines an industrial robot with camera and software. Their latest robot is designed to touch a device’s screen, by program and/or repeat a human’s first operation. The software will capture an image on the screen and compare with the designed result. The device is expected to help vendors and cellphone OS/application vendors run a load test that requires repeat operations in multiples of 100 or 1,000 and say, find a bug which occurs when the device is used after long hours. The capture system can then detect the desirable output on the different part of the screen, dialog/pop-up as well. Watch a demo here.