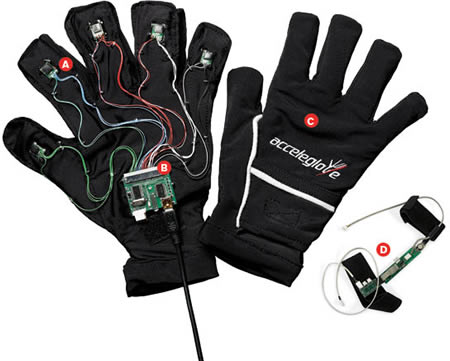 A glove that can be programmed for many applications

Wired with sensors, these gloves can provide useful information about a user’s motions. They also offer a mode of interaction with computers way beyond the keyboard and mouse. AnthroTronix has released its first commercial version of the AcceleGlove which is a programmable glove that records hand and finger movements. This glove also costs only $499 unlike the others which range from $1000 – $5000. It comes with software that lets developers use Java to program it for any application they wish. AnthroTronix initially developed the glove with the U.S. Department of Defense for robotic control. The glove could also be used in video games, sports training, or physical rehabilitation.
[Technologyreview]