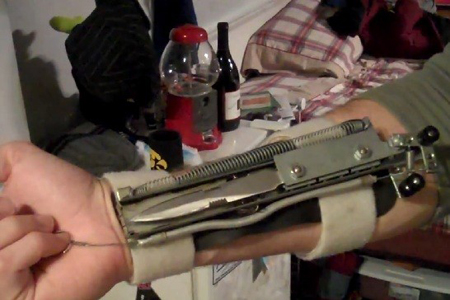 A DIY Assassin’s Creed Arm-Blade can be yours too

It’s not simple to come up with amazing arms that take down bad guys pretty easy. And this I say in context to game developers. But to reproduce the same in a real life scenario, with a few simple tools doesn’t really take half the effort. One gamer decided to bring the entire thing home and build if from scratch. He admits, “It’s a bit complex, but if you’re not afraid to get messy and make some mistakes then check the link…for detailed build instructions. Be safe and have fun.” Watch the video after the jump for some more dope.