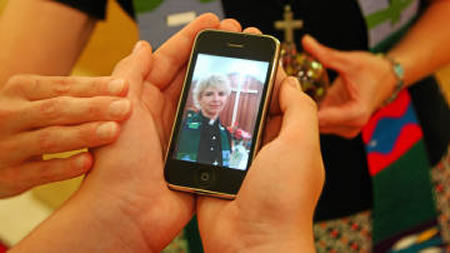 A church that blesses iPhones and computers

Cellphones are so precious to a few people that they almost ‘adopt’ them as their own kids. Such is the case of those who inhabit Ottawa. The Nova Scotia church there offers its congregation a chance to do the needful and bring God to technology with the baptism of not only phones but also other gizmos. One thing’s for sure though, it would prick your conscience to download, stream or spread porn on such devices once they’re ‘touched’ by the almighty. Rev. Lisa Vaughn believes that besides her techie blessing in Canada there also exists a similar practice in London.
[Textually]