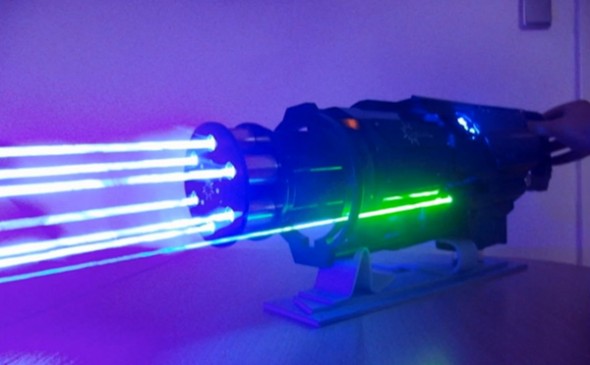 A six laser gatling gun would even scare Master Yoda

Wicked Lasers the company which has delivered balloon popping and skin burning laser pointers in the past has built a laser gatling gun. It has six spinning one Watt Artic lasers and 100mw green laser for aiming. Weighing in at 8.5 pounds the gun is 25 inches long and has 60 aluminium parts which are black spray painted. Did I tell you that a single of the Artic Laser can vaporize a balloon in an instant.

[Check out the video after the jump]