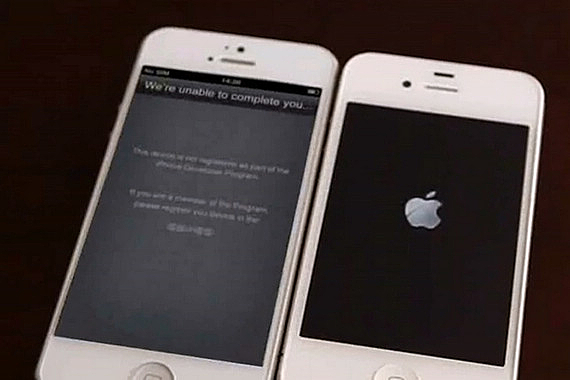 Apple has changed, in the times of Jobs major announcements would be after the infamous ‘one last thing’ and now Apple actually tells the world what to expect at upcoming events. Its a week before the iPhone 5 will be announced but apparently Apple has lost its secretive touch once again and an iPhone 5 has made its way out of the closely guarded Foxconn factories. We have been seeing leaked photos since some time but this one looks like the real deal. The video after the jump shows an iPhone 5 compared to the 4S, it is thinner, bigger and is pre-loaded with iOS 6.0.


According to the tipster he “accidentally” discovered an iPhone 5 prototype at Foxconn’s factory in Jincheng, where each worker needs to complete up to 3,000 iPhone 5 back panels every night since mass production commenced.