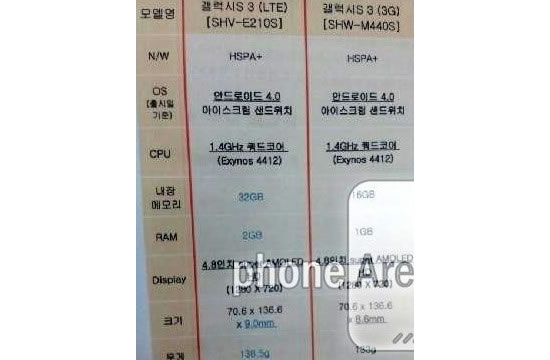 Leave it to Samsung to invoke ‘confusion’ for a phone that is designed for humans. Apparently the Samsung Galaxy S3 has three version – A quad core with 1 GB of RAM, a dual core with 2 GB of RAM for US carriers and now finally something that combines the best of both worlds – quad core and 2 GB of RAM. Unfortunately the beefed up version also known as SHV-E210S will be available only in Korea. The rest of the specs will remain the same. It is scheduled to hit Korean stores in July. We are hoping the next Galaxy phone will be sans the confusion and variants.