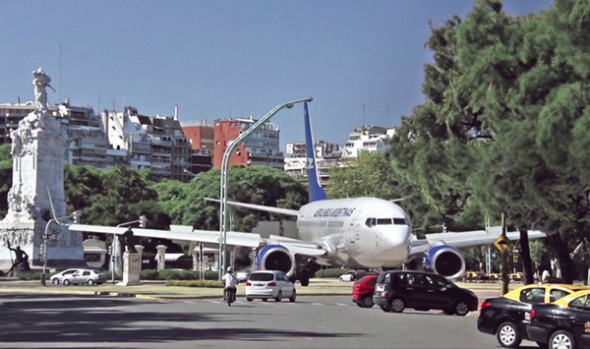 A plane lands on the streets of Buenos Aires

Fernando Livschitz from Black Sheep films has a vivid imagination. He has been credited to some whacky films in the past and the current one is no different. Using some clever video work he very convincingly shows a jet landing on a busy street of Buenos Aires. Terrifying and hilarious at the same time.

[Catch the video after the jump]