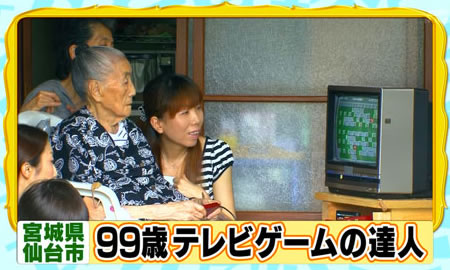 You don’t really need to be young and pepped up to enjoy a game of Bomberman or the Famicon version of the game. And to prove just that, near-centenarian, Mrs. Umeji hailing from Japan, has kept her mind and reflexes sharp and active, playing the game for two hours straight on a daily basis for the last 26 years! The 99-year-old showed up on a Japanese news program too, winding her way across the final 50th stage in the game with an easy-as-cake attitude. Taking about two and a half hours to complete the game on a daily bases, Umeji has also completed the game two times over in a single day! We’ve been wondering what this glorious old woman would do, had she been exposed to the PlayStation way back then.