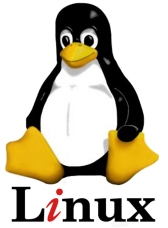 9000 PCs in Swiss schools shift to Linux only mode

Seems after countries like India are picking Linux instead of its expensive competitors, many other countries are following suit. Beginning this September, all 9000 computers in Swiss schools will run only Ubuntu and free and open source software. This act is in anticipation of guidelines from the Switzerland’s Department of Public Instruction, whose motto is “Long Live Free Software.” The Tribune de Geneve featured a story on Friday about the elimination of dual boot capabilities in all of these machines and a migration exclusively to Linux. While officials are happy to be saving money on licensing, the Department of Public instruction largely made the move out of what they considered best practices for student education. Through their community development, “they encourage the sharing and democratization of knowledge, as well as autonomy with the acquisition of skills.” This move also levels the playing field for students who may not be able to afford computers with the latest Microsoft software.

Another advantage is that Students can work at home by using free programs at the same school, which “strengthens equality of opportunity,” says Manuel Grandjean… Then he says with a touch of irony, “it avoids providing captive customers for large companies …”
Source