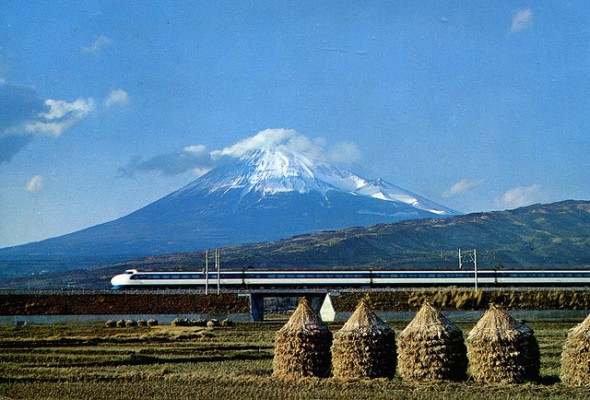 500 kmph, floating train in the works in Japan

The Japanese often deliver exceeding expectations. The same can be said about their excellent new endeavor of a train that’s so distant from friction that it can make a new rail speed record. Called the Series Lo, the train’s prototype has been announced by The Central Japan Railway Co. yesterday. It is said to be Japan’s quickest means of rail transport and will use magnetic levitation (maglev) to ply. This phenomena will be made possible with the help of powerful magnets. The train’s route will be from Tokyo to Nagoya and it will cover speeds of up to 500 kmph, that’ approximately a little over 310 mph.


Japan did try out the maglev means of rail transport in 2005, called Linimo. It runs at a modest 60mph. Officials believe that there should be a train, materialized by 2027, that will cart around 1000 people. The services will expand to Osaka by 2045. That’s some 33-year plan.