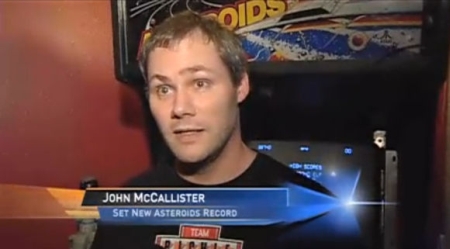 Who said the aging don’t play games? After all they do and oh boy, do they put their hearts and minds into it! Take this example and you’ll soon know. This 41-year old American dude managed to spare 58 hours playing Asteroids. The result? He broke the 28 year old record to top with 41,336,440 points in the game.

The man in question is known as John McAllister and well, he surely looks rather haggard in this picture. Two and a half day is no laughing matter.
Source