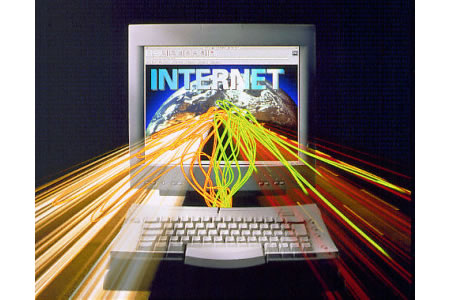 So you think your internet provider is the best. What is the fastest transfer rate you can think of? How about 40GB per second? The time it takes most people to locate an empty slot in their HDD would be more than enough to download the file that is being saved. Be it a photo, a HD movie or even an entire DVD. Now what would you do if you had such a connection setup at your home? Last summer a 75-year-old woman from Karlstad became the first 40GBps net user. Yes we all know if such a privilege was given to use our life would have been awesome, with a movie downloaded every second, hunting for all the HDD we can lay our hands on. Well not much changed for Sigbritt Löthberg. The heat from the big bit of gear setup at her house got pretty warm, which she conveniently used as a dryer for her clothes. Sigbritt’s son, Swedish internet legend Peter Löthberg, was behind the project, which was intended to demonstrate how a low price, high capacity fibre line could be built over long distances. Löthberg has now taken the equipment up to Luleå, in the north of Sweden, for further testing.

The secret behind the ultra-fast connection is a new modulation technique, which allows data to be transferred directly between two routers up to 2,000 kilometers apart, with no intermediary transponders. According to Karlstad Stadsnät the distance is, in theory, unlimited – there is no data loss as long as the fiber is in place. Sigbritt may have been denied her world-beating internet link but she still has an admirable 10 gigabits per second connection. Its still the fastest net speed for my part of the world.
Source