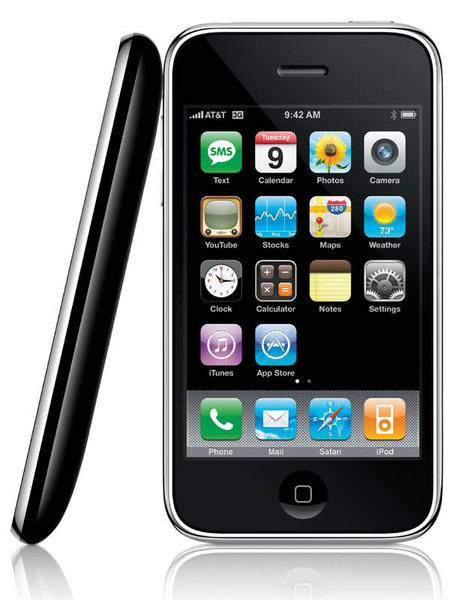 Like we reported earlier and bust the bubble, the 3G iPhone won’t come cheap but apparently will cost Apple around…$100! Technology teardown experts Portelligent calculate that the bill of materials (BOM) cost to Apple for the iPhone 3G could be as low as $100 which is considerably lesser than what the first gen cost Apple-$170. The touch screen display (decrease of $30), NAND flash memory (decrease of $30 for 8 GB model), and adoption of other components seen in the current iPod touch but not in the original iPhone have contributed to the fall in costs. Those changes are only slightly offset by new costs for the iPhone 3G. Carey said the additional cost of an HSDPA chip set are only about $15 plus another $5 for the GPS chip. He also noted that the $100 price increase for a model with 16 Gbytes flash adds to the profit margin because the additional memory chips probably cost Apple only about $20.

Apple has announced a price of $199 for the iPhone 3G in the U.S., and since it’s assumed that carriers will be providing Apple with subsidies of up to $200 for each iPhone, Apple’s gross profit on the iPhone 3G may be significantly higher than for its predecessor. But its fair to point out that expenses incurred due to research and development, software, licensing, and marketing, are not included in these numbers and thus would reduce Apple’s profit by an undetermined amount.
Source