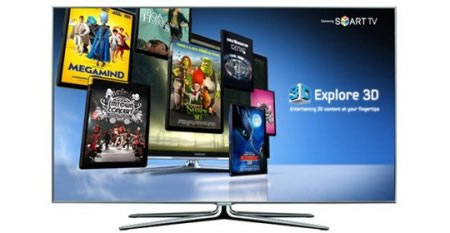 3D on-demand service in US by Samsung

3D fever is on the rise. From 3D movie releases in cinemas to a new generation of 3D PC games, and Samsung has decided to join the bandwagon with an offering of its own for US. Samsung announced that it is expanding its Explore 3D app with free on-demand content which includes music videos, movie trailers, educational content and full-length TV shows form Wealth TV, among others. The Explore 3D app made my Rovi Corporation which includes the RoxioNow platform, will also feature paid content by later 2011, which will include feature films and short and full-length documentaries via the app which is available on the company’s connected 3D LED-lit LCD and 3D Plasma TVs. This will require signing up for an account using a PC and will be available on the 2010 and 2011 LED Smart 3D TVs and Plasma Smart 3D TVs. This direct-to-home on-demand 3D offering has potential and will allow viewers to enjoy 3D content from the comfort of their homes.
[SlipperyBrick]