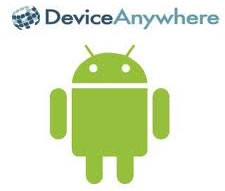 200,000 Android devices are being activated daily, still not surprised

We already know that Android sales are going through the roof. It’s like it’s the greatest thing since… Google? Close enough. The stats are saying that there are about 200,000 new Android devices being activated daily. At least that’s what Google CEO Eric Schmidt says. That’s a 7% increase from what the numbers were just 7 weeks ago. That little green robot is hell bent of beating the stuffing out of RIM’s BlackBerry and taking the throne as the most sold smartphone OS, but perhaps BlackBerry OS6 will increase the gap, who knows. With better featured and faster handsets making the Scene on the Android front, I don’t doubt that it’s going to overtake BB by the end of the year, what with all the many security issues plaguing RIM right now.
[Unwiredview]