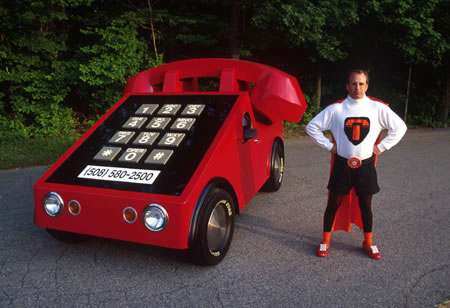 The ever popular Volkswagen Beetle has been modified to include a jet engine, run over water and has even been turned into a helicopter. Well you have seen it all until you see the Phone car, which is a 1975 Volkswagen Beetle modified to look like a telephone instrument from the early nineties. Created by Howard Davis to promote his telephone company Datel Communications, this baby never fails to amaze onlookers who give a thumbs up when the big red phone hits the road. The best part about The Phone Car? Instead of a horn, it rings!
(Video after the jump) 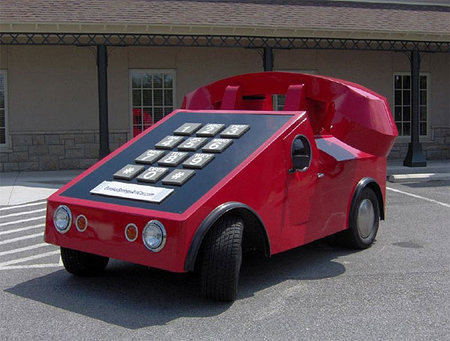