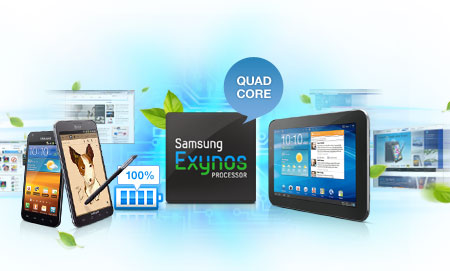 And here’s where we start guessing harder than ever before. With the Samsung Galaxy S3 making new inroads for fresh gizmo-gossip, we land up to a consensus that the device will be a powerhouse. This coming from a tip by men at Samsung themselves. The mighty 1.4GHz Exynos 4 Quad-Core processor will be the muscle behind the next Galaxy phone. It will also contribute to 20 percent energy savings in the bargain and be a truly fruitful addition to the line of highly successful smartphones release under this banner.